I walk with a limp.

I have walked this way my whole life because of a birth defect. One leg is longer than the other leg. Specifically my left leg is four inches longer than my right. I was born with this “wonderful gift” so I have never known any other way to walk.

When I was young I would attend church – when I turned 9 years old I told my Priest to go fuck himself if he thought I was being punished for my own sins.
“How could I have sinned?”
“We are all born sinners.”
“Was it the lust one? I lusted my mother’s breasts but wasn’t that a natural response?”
He crosses himself.
“Go fuck yourself – you and your God.” With that I limped away – a cripple leaving the Church at 9 years old and beginning a quest to find out the truth behind my malformation. 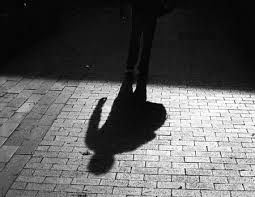 My foster parents, (Oh yeah I was abandoned at the hospital when I was born – my birth parents saw my defect as a punishment apparently and they didn’t want any part of it) Frank and Cassandra, have done their best to raise me as one of their own. They adopted me when I was a year old when they were under the impression they could not conceive children of their own. A year after adopting me Momma Cass, (as Frank referred to her) was told that she was pregnant.

When I turned 8 years old Momma Cass gave birth to her fourth child – a girl named Priscilla. She, like all the other children, were born with no defects and plenty of Irish Italian beauty. Me, on the other hand, walked the streets with a noticeable limp and what seemed like a permanent frown.

The limp I was born with – the frown just followed. It reinforced on my first day of 2nd grade. I had fallen down the stairs (or was pushed)and the contents of my school bag fell and a group of bully’s laughed and kicked my books down the remaining steps. The laughter was interrupted by the Vice-Principal of the school, Dr. Hecht, who quickly helped me up and dismissed the spectators.

“Are you alright son?”
“Yes I am, I got it. Thank you.”
“Come to my office with me – I want to speak with you.”
“I can’t right now, I have a Dr.’s appointment.” I lied.
“OK well how about tomorrow?”
There was no tomorrow because I acted sick and stayed home. I stayed home for a week after that – I can be a convincing actor at times. When I returned Mr. Hecht had seemingly forgotten about me and I also made sure to keep a lower profile.

I made it through middle school without any major confrontations. I even made a lifelong friend in David King. Yes that was his name – it was always funny on the first day of school when the teacher would take attendance and call out, “King David.”

I also fell in love a hundred times and suffered a hundred broken hearts. I never felt that I deserved their affection, I somehow felt as if I was less than deserving. I never “stood” a chance so I never took the chance.  So the Marys, Elizabeths and Sharons never saw me as other than the crippled kid with the angry look on his face.

There was this one girl who saw past the limp and frown. She was Danielle and we were friends for the first half of 10th grade. When Christmas break came she called me and told me she would be moving across the country to live in Los Angeles. That was a big blow for me – I still to this day wonder how life turned out for her.

As a family we gathered for a formal dinner each Thursday. It was the one night we would all be home, showered and with a change of clothing. We all sat in our unofficially assigned seats. Frank and Cassie at the head of the table – surrounded by myself, Danny, Cathy, Rebecca and Priscilla. The table was a mahogany wood color, rectangular. Above the table was a chandelier with crystals hanging. The chairs were a strong mahogany with a soft bone white pillow. The table was always set with the best silverware and china. It was a very formal meal each week. The Castellano family was a very wealthy family – strong on tradition and family ties. 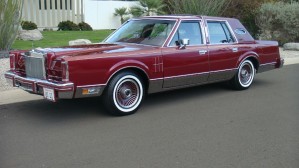 Each Sunday we would get in the Lincoln Continental and drive across the Verrazano bridge to Staten Island for a early dinner with Grandma and Grandpa C.  The whole Castellano family would be there; Uncle Vincent and Aunty Bella and their 4 kids, Uncle Anthony and Aunty Fortuna with their brood of 6 kids. All told there were usually around 30-35 people eating Sunday dinner weekly. It was something we each look forward to – getting together with our cousins, playing ball in the backyard and last but not least, Grandma’s Baked Ziti.

She would burn the bottom of the Pyrex and then put in mozzarella and ricotta cheese, bits of sun dried tomatoes and then she would make the top all crispy. No one could make that Ziti like she did.

When I turned sixteen I was given the option of starting College one year early – with a scholarship. I took all the regents that were required, some AP courses and was given the choice. I opted for Stanford University and was on my way to California.

I was scheduled to leave New York on August 13th, a Saturday. On Thursday we had our big dinner with several of my friends there as well. The one who mattered most was “the King”, David. He was my best friend, a true friend. We had bonded throughout the years – called ourselves the Freak and Geek of the High School. He was planning on joining me in Stanford the following August; unfortunately life rarely keeps its promises.