Johnny liked her hair natural. She had no makeup on but it didn’t matter to him. All he saw was her lips as she spoke, her eyes as she looked into his and her hair as she twirled it with her left hand. Gabriela had a dark complexion, green eyes and curly dark brown hair. A beauty mark on the left side of her neck while her hair fell just below her shoulders. Her eye brows were well defined and when she smiled her soft dimples would join the celebration as her eyes sparkled. He remembered all of this since he was “friends” with her in High School. 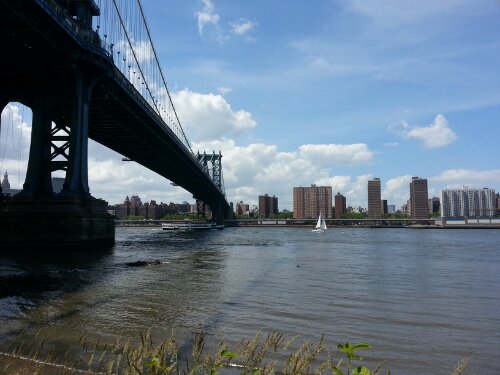 They decided to get together the next night for dinner; he had forgotten that he had a previous engagement with his family that evening. She was ok with that since it would give her more time to spruce up. As she walked home she thought about her past and the secret she had kept from the world.  Whenever she would think about it she would develop a sort of limp as if she was crippled inside and it effected her physically as well. She walked up the stairs to her 3rd floor apartment, opened the door and sat down on the couch.

“What if he finds out?” She thought to herself. “So be it – I am tired of the secrets.”

Johnny plopped down on his recliner and opened his Mac. Checked out his emails, Facebook and the latest news. Nothing new – but he knew that the news in his life was that something old had returned. The girl he always had a crush on – the one that got away.  His past was his present; just like his father used to tell him. He had butterflies in his stomach whenever he thought about Gabriela and it drove him kind of crazy.

“I have been through medical school, internships, opened up bodies alive and dead, brought dead back to life and eased life into death and here I am with butterflies in my stomach. Where was this feeling with Debra? With Sylvia? I looked forward to being with them, beside them – I thought that was love but apparently it was just “comfortable lust” as David, his brother called it. That could be why when they each wanted more from me I was unable (unwilling?) to give them what they needed.

As he dressed to leave to his “Previous Engagement” he noticed he had gotten a bit older recently and his face advertised it as if in neon. Thirty is next on the “Johnny channel.” He also noticed he was putting on some pounds which preferred to congregate under his chin and on his cheeks.

He looked on his desk and noticed his Zoloft. How would he tell her that he was on medication for Anxiety and Depression? He knew it was not such a rare thing for a person to be on an anti-depressant, but he also knew it would diminish his value in her eyes. Would she look at him as someone who is weak and needs med’s to give him courage? Would she be frightened that I would go all Kurt Cobain on her and end up chewing on a bullet or two?

He shook his head as if to shake the negative thoughts from his mind. He spoke out loud.

“Its one date! Stop skipping to dessert before you even taste the appetizer.” He lightly smacked his cheek and left his apartment.

That night as Gabriela lay in bed she decided she would wear that new summer dress tomorrow night. She thought about Johnny, his smile, his curly hair and his eyes. She thought about her job she was about to lose because of the stupid boss running the company to the ground. She worked under an “under 30 year old” boss who was under the impression that he invented the wheel. He had simply had the good luck to be in the right place in the right time – or to be honest the lack of balls to go out on his own while everyone else did just that leaving him behind. They left him behind and he inherited their accounts and was promoted each time. He was making a lot of money now but the future was bleak because he had screwed too many people with this “greed based under the radar theft.” Its so easy to rationalize acts of falsehood when the money keeps rolling in. But now the money was trickling and there were employees with families out of work due to his business decisions which left him with fatter pockets and the company with less in the bank.  She didn’t want to work there any longer and was hoping for the doors to be locked when she would report for duty (that’s what she called it) each morning. For better or worse the doors were usually wide open, she would do her job, minimally and then go home. 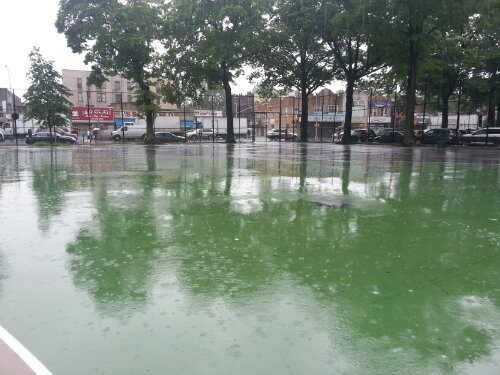 She thought about Johnny and then she thought about her Ex husband. He had remarried a week after the “Get” (Jewish divorce) was signed. It was one of those arranged marriages and they already had one child and the wife, five years his junior, was expecting number two. He spent his time in school studying while she left the baby at home with her mother and worked the day at some retail shop selling, ironically, wigs for the women who chose to wear them. Thank God they didn’t know her secret…she began to tear up. Pulled a tissue and dabbed her eyes. She had no regrets but was fearful that the day would come when she would regret her decision. It was her choice and she had made it with a clear conscience and still when the sun was out or the moon was full – she was OK with it. It was those rainy days and dark nights where she regretted that and every decision she had ever made.

She liked to write letters still – even though emails were the most efficient way to communicate in writing. She felt there was something exciting about getting an envelope delivered, opening it and reading the contents. She began to write a letter to her father just telling him how much she loved him and her mother. Thanking him for being a man in a world full of pretenders. She ended the letter with a “Love Gabby” and a P.S.; “See you on Friday night.” She sealed the letter, placed a stamp on it and placed it by her night table.

Johnny and her had spent over two hours together just speaking and telling each other tales from their lives. He spoke about cadavers and she spoke about her ex-husband. They had each come a long way since she was a Sophomore and him a Senior. She had studied in Israel for 6 months, had dated a soldier and got her heart broken when she left to go back to New York. Finished college at Brooklyn College, met Avi soon after graduating and “the rest is history” she told him.

He had wanted to be an oncologist since his grandfather died of cancer when he was in High School. While in Medical School he became obsessed with the human heart and decided to focus on the Cardiovascular System. He had been interning at Boston Children’s Hospital at the Heart Center. Kids would be brought in there as young as newborn or even still unborn with heart issues that were fixed miraculously.

“I wanted to be a miracle man and then one day a kid died under my groups watch. I realized then that there were a lot of scenarios where miracles didn’t happen and sometimes there is nothing we can do to avoid the inevitable.”

As she lay in bed she looked outside her window it was dark and raining outside. She turned and faced the other way, closed her eyes. Something told her that the sun would be out tomorrow,  she thought about Central Park, the Lake and the Carousel and she fell asleep.

One thought on “Chance Encounters – Chapter 2”