The runway rose towards him, New York…it felt like years since he’d left less than a week ago. He thought about Pam and Mike – he needed to make things right with them. He thought about his mother and his brother and sister’s families. What happened that caused him to become so meek? He thought about his hopes and dreams – writing screenplays, novels, plays…
“Those that can, do; those who lack the balls to leave their safety zone – teach. Well, sometimes. Being a teacher has been the one place where I have found fulfillment…”

The door opened and he walked off the plane and headed to buy himself that aforementioned prepaid phone.

He knew who he needed to call first.

Pamela and Michael went to visit their Grandmother who was living in their Aunt’s house. When Michael had called – his Aunt had invited them to come. At first he politely declined and then he called back and said that barring any craziness, him and Pam would be there. 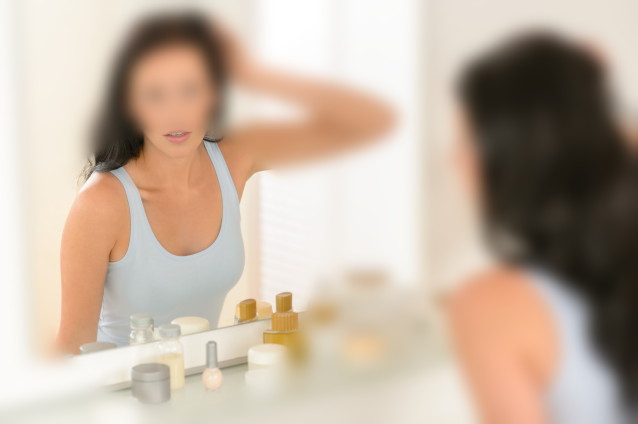 Wendy stood in front of her bathroom mirror – she looked at her reflection and into her eyes and felt so old. 33 years old and her eyes seemed to be 103…
Her phone rang, unknown number, she clicked on the “do not answer” red button and went back to feeling bad about herself.

Henry left a voice message and then headed to his house where all his belongings were. He needed to shower and change his clothes. “If that prick is there with Nancy – I am not sure who I will kill first.”

As the car made its way across the Belt Parkway he felt a need to put things in their places. First he would go to see his mother, brother and sister. Then he would call both his kids for them to come tomorrow. He would try and explain his shortcomings – apologize for being less than a man. He just hoped that he would live that long. He knew he was running out of time.

The taxi pulled in front of his house and there were no cars in the driveway and the lights were all out. He paid the cabbie and walked up to the front door, realized he didnt have the keys. Rang the bell. He called Nancy.

“Hey I am trying to get into the house but I dont have a key.”
“Where have you been? The kids have been driving me crazy.”
“The kids? Where are they?” She opened the front door.

“They took my car and went to Sylvia’s house for Shabbat dinner.” She rolled her eyes.
“They went to – why?”
“Well they have been frantic about where you, if you were still alive.”
“But they said they were going to try and come – they didnt seem like they cared.”
“Oh Henry, they love you more than you think they do.”
He went inside, called a car service, took a shower and changed. Went downstairs and saw Nancy sitting in the dining room.

“What’s up with you?”
“I was just thinking about you and me. Why don’t we stay together, you know? Whatever time you have left – let’s spend it together. I love you Henry – you know that, right?” She stood up and put her face close to his and then put her arms around him. “Oh Henry…”

He just stood there and then he heard a car honk.
“Thanks.” He simply said.
“Thanks? What does that mean?”
“Thanks for reminding me just how full of shit you are. Oh you are beautiful, sexy and the mother of my children. But you are so not for me. See ya.” He turned and walked out.

She didn’t see it, no one saw it, but he sure as hell felt it. As he closed the door he felt himself freed. He looked back at the house and smiled.

Walked into the car and told the driver where to go.

In the car he fell into a deep sleep – he woke up when the driver shook him.

“Mr. we are here. Are you alright?”
“Yes, yes, sorry.” He looked outside and took a deep breath. Paid the driver and walked up to the front door and knocked.

When the door opened he saw the look in his brother’s eyes – a look of relief with a sense of fear.
“Oh my God…We didn’t know if you were…” He threw his arms around him and called out to his family. “Pam, Mikey – your father is here.”

All of the family greeted him with hugs and kisses – the last one to him was his mother.
“I am sorry mom, you were right – I was weak but now, for right now at least I am strong.” They embraced and she broke down and cried.
“Shouldn’t you be at the hospital or somewhere?”
“Apparently there is nothing to be done, Mom. But I am here now – lets just focus on that for tonight, ok?”
They both embraced again and they both broke down and cried.

Pamela was the first to address her father. “Can you, me and Michael speak privately?”
“Of course, come lets, Bobby is it cool if we use the den?”
“Yeah, yeah – just close the doors.”

“Oh dad…I am so sorry.” Pamela cried into his chest. Michael put his arms around them both and joined in the tear-fest.

They all stood there for several minutes.
“I am not going to let you down anymore – I am sorry about the time we lost. I don’t seem to have much left – but I want to spend it with you guys.”

They spoke for a couple of hours – alternating between laughter, tears, memories and hope. He told them about Aruba and his visit to the hospital there. “Apparently I was out cold and they thought I was dead. But, I guess I have some unfinished business.”

“Can you get a second opinion?” Michael asked.
“Yes I am going to – I realized I was giving up without a fight and thats not going to be me anymore. From now on, for as long as I have left I will not back down from who I am or what I believe in. Which reminds me, what made you light candles and call Grandma?”
“Michael suggested I pray for you it looks like part of my prayer has come true.”

His phone rang – it was Wendy. “Its a Wendy, I want to speak with her, is that ok?”
“Yes, tell her we said ‘hi’.”
“Wendy?”
“I didn’t recognize the number that’s why I didn’t answer before. I guess you are all right?”
“So far – listen I am sorry I left you as I did. I just didn’t want you to be hurt…when I…you know.”
“I understand and I appreciate that but don’t ever walk out on me again. Your kids are very special by the way.”
“Thank you – I know that.”
Silence.
“Wendy?”
“Yeah?”
“I wish I met you a long time ago.”
“You did, only that was too long ago.”
Both chuckled.
“I want to get to know you more…but I don’t want to hurt you; apparently it can happen at any time. I am a ticking bomb.”
“Well, I already feel a kind of connection to you but its incomplete – I’d like to get to know you for as much time as we have left to spend together.”
“Are you ok for lunch tomorrow?”
“After 12n I am good, my daughter’s father is picking her up around 11 or so and she is staying by him Saturday night. So…”
“Sounds good to me – call you in the morning.”
“Hey Henry.”
“Yeah?”
“You have a lot of people who care about you – you are not alone.”
“I know that – thanks for reminding me though.”

He came out of the room and they all were sitting and eating – he sat between Michael and Pamela and made a plate.
“Shabbat Shalom.” They all laughed and answered him. “Shabbat Shalom.” His mother smiled and he thought about his father. “Help me pop…help me get healthy I want another chance.”