I used to literally dance in the snow. I also sang and threw snow balls at the Robert Hall sign down the block from where I grew up, I used to dance while the snow came floating down from the sky – not traditional dancing but “Freddy” dancing. I would spin with my arms outstretched while singing under my breath whatever song was on my mind.

I used to walk while the snow fell because I would pretend I was on a mission or something. I would walk and always end up outside the house of the girl I was in love with that week or one who slipped away. They always slipped away because I never had the courage to romance them or to let them know how I felt. I would never dance in front of them because that would be like committing murder on any chance at all of a romantic relationship. Instead I made them laugh, was their “Friend” and watched as they walked away with their “Boyfriend.”

I wasn’t a stalker – I was a walker who hoped that the girl would see me, invite me and we would hang out and get to know each other. Aside from one night it never happened.

So I would walk away, the silence of the evening allowing for the sound of snowflakes hitting the ground to be heard. Walking with just my lone footsteps being heard. I would spin and then I would feel a sense of disappointment. As I walked home I would see my footprints in the snow joined by some others and I permit myself a thought of optimism.

“Maybe she is looking for me, her knight in shining armor? Or in this case jeans and a Parka jacket.” It would cause me to smile and feel hopeful.

I liked to walk on Kings Highway because I used to love to see the crazy busy streets empty and to be able to walk in the street without any fear. Once in a while the B82 bus would limp on by or a garbage truck with chains on its tires and a plow in front. I would walk in wonder allowing myself to be awed by the snow, awed by the silence and the peaceful avenue. 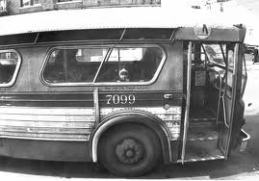 These days I walk in the snow but not as often as I should. This morning as I walked back from temple and visiting my parents, the snowflakes were floating. I thought to dance but something held me back. I walked along Ocean Parkway between Quentin and Avenue P and I swear I was tempted to do a spin and to feel the snowflakes touch my face.

Sometimes the desire to spin and to allow myself to be awestruck can be weighed down by the darkness within. Sometimes the snow can lighten it up but not all the time, certainly not these days.

The weight we carry as we age keeps us from skimming the water and only pulls us down. Each stone we gather collects within and weighs us down. Not everyone has this talent of masonry – some are able to let it go and move on. But some carry them with them as they walk, as they try to stay afloat…some try their best to destroy the powers of the rocks and pebbles.

The stones we place in our pockets, in our coats and tie to ourselves keeps us underwater and gasping for air.

The snow still falls and continues to virginify some evenings, some early mornings. But the stones they keep us from dancing or from any feeling of awe or wonderment.

I walked towards my home and knew that the snow was the same snow and the streets were pretty much the same streets. My destination was a magical place – yet the weight on my shoulders and within still keep me from spinning and dancing. But a funny thing happened as I found myself on Avenue P walking towards East 5th St, the corner from my home. I felt a sense of wonderment, a sense of awe and a sense of hope that possibly I will be able to turn these stones into pebbles.

As I walk down east 5th I can see a sole figure on my porch and I recognize the smile. All the snow and all the beauty means very little in comparison. I do a spin and I see her smile again…

“You dropped something.” She says.