Anthony walked back to his apartment after taking Dwight D for his evening walk. He was feeling kind of melancholy and lonely.

The night was navy blue and there was a winter silence on the streets. The temperature was dropping back to its February average – so the early spring was no more.

The brown leather leash was sagging and Dwight D seemed to share the melancholy. He had met a friend and then suddenly that friend was gone. Anthony thought about Marie – sweet Marie…

It had been one year but the year had been hard. Adjusting to sleeping alone in a bed – that was a tough one. Moving out of the house where they had spent their lives together was more cathartic than painful. He needed to leave – he couldn’t spend more time in a house that was no longer a home. She was the home – without her it was just bricks and wood. No aromas from the upcoming meals sneaking through the kitchen doors and windows. No love – no love…

Six months ago he had begun spending some time at the soup kitchen down the block – helping set up the tables, the chairs, cleaning the dishes and serving the soup. It was only 5 hours a week but it had a major impact on his life. He was needed, he worked hard, made people smile and was appreciated. What more could one ask for?

Anthony was still a handsome man. His hair was full and his weight had not changed in 50 years. He dressed in slacks and a buttoned down shirt each day – although he had given in to sneakers – his one concession to dressing well.  He was usually clean shaven but lately had begun to grow a pencil thin mustache – similar to Vincent Price once had. His eyes were blue and his hair a wild white.

One day as he sat in his livingroom he spoke to Dwight D; told him how much he was hurting – and Ike seemed to understand. He just sat there, face in Anthony’s lap and let him pet him. Anthony’s livingroom was sparse. There was a black leather couch that looked like a relic from the 1980’s which faced a television which in itself was a relic from perhaps an even earlier decade. Antenna made out of a wire hangar and only the broadcast channels available. The walls were painted a bone white with several drug store paintings adorning the four walls. The carpet was burgundy and was laid upon the ground of the apartment, save for the kitchen and bathroom. There were two windows facing the courtyard and a building right behind looming with its twenty or so windows facing him. He lay in bed at night and watch as each window would betray the isolation of nameless souls occupying each. 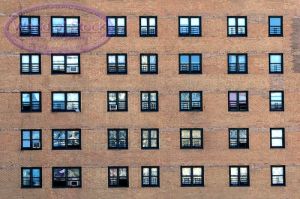 “I need something more in our lives Ike…”

That same day they walked into Lydia as they stood in the elevator riding down. He enjoyed her company and felt a reawakening when he was with her for that short time. But there was something about her that made him feel she was what he needed.

She was a fragile soul, Lydia. Looked as if she was frightened of life – of expressing herself. He wanted to get to know her more and have Ike spend time with Groucho. She asked for some time but God knows time was not a luxury either of them had the leisure of wasting.

He decided the night before to go down to her apartment and ask her if she would like to take the dogs for a walk together.

He woke up an hour early, shaved, trimmed his ‘stache and splashed some Old Spice on his face. Combed his hair and worked in some Vitalis; then pulled on his pants and the newest shirt he had.

“Come on Mr. President, time to find something more before its too late.”